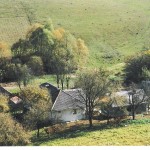 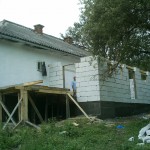 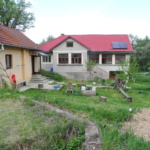 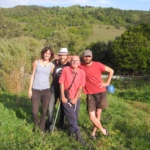 A) In the 90s, Philippe Coupé, former teacher of letters from the University of Babes-Bolyai (Romania) began organizing nature tours for travel agencies. First hiking, bird watching and bear watching.

B) At the end of the 90’s, as he was organizing horseback riding with a local stud farm of Lipizzan, he discovered this farm nestled in a small remote valley at the foot of the forest … for sale. Loving the Carpathian region for its gentle hills and lost houses, he realized his dream by deciding to live like them away from the tumult, stress and stupidity, and settled in what he called “Ermitaj”. Its guidelines are autonomy and respect for nature, permaculture and the desire for a retreat dedicated to meditation. In 2005, Philippe also made Bodhisattva wishes to Zen master Roland Yuno Rech.

C) In 2007 with his partner Adriana, Philippe began the restoration of the farm: a cottage of twenty places, a barn to house the donkeys, a pond, a teepee, a bread oven, a platform in a century old willow. Little by little, people discovered the path of Ermitaj to follow permaculture classes or discover the countryside with the donkeys. The woofers, volunteers of all nationalities who give a helping hand in organic farms, often stayed longer than expected.

D) In 2012, Parkinson’s disease appeared and began to tighten its grip. Paralysis immobilized Philippe more and more. It lost some contacts, visits became more rare, the list of unanswered emails increased. He began looking for people who could ensure the sustainability of the place and its activities.

E) In 2015 a new page of history was written: a new team moved to Ermitaj to take care of the place and continue the project of Philippe. The next two years had their share of experiences rich in learning, departures and returns. And the Ermitaj is still standing! It was an opportunity to experiment with many formulas of living together and working on a daily basis, and to refine the DNA of our project.

F) In 2018, in search of a structure and a mode of operation closer to the values of the project, we created a non-profit association to manage the organization of our activities and to allow the involvement of new partners in Ermitaj. The “Ermitaj Pe Vale” ASBL is born!

We would like this place to become an exemplary place in permaculture, where learning is mixed with experimentation.
We would like a harmonious collective life, rich of contacts with our entourage.
We would like to be an international meeting place, and a place of solidarity, for people wishing to relax, and for those who wish to learn and experience our daily live.
We would like to achieve optimal food and energy self-sufficiency, to encourage local exchanges, and learn more about peasant’s skills.
We would like to find a financial balance to enable us to live, and to make this project sustainable.